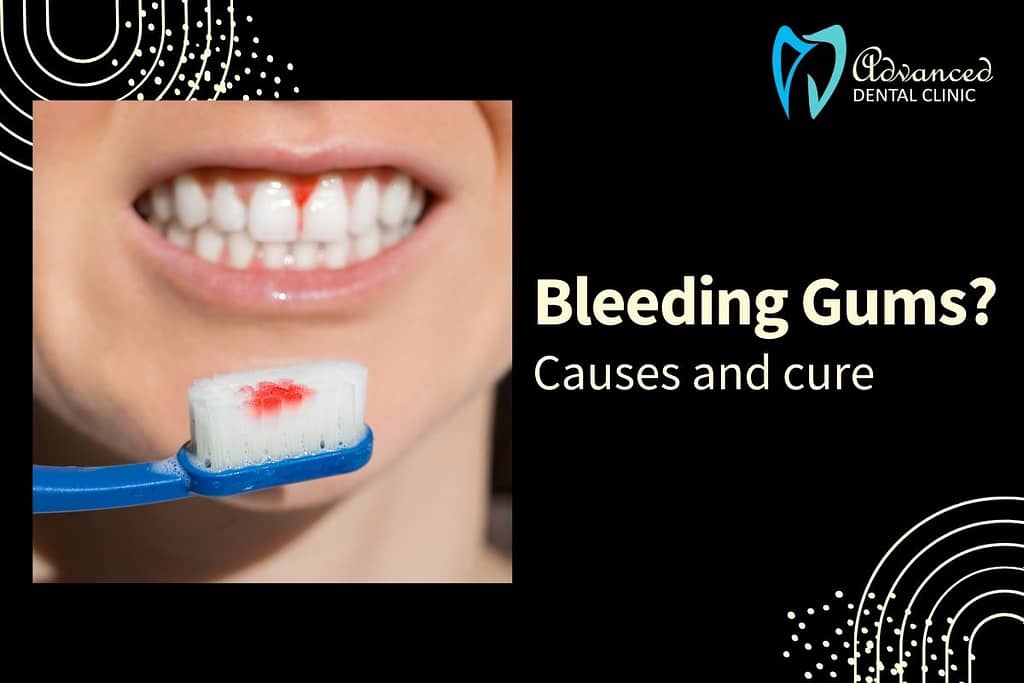 Occasional bleeding from the gums is not a significant concern and can be due to vigorous brushing. Frequent gums bleeding indicates an underlying problem that needs attention and action. Gingivitis is an early stage of gum disease and produces mild symptoms.

There are various causes of bleeding gums, and the information provided below will cover the causes, symptoms, and bleeding gums treatment Delhi- brought to you by Advanced Dental Clinic.

The signs and symptoms of gingivitis may vary from person to person and also depend on the gum disease’s severity. However, the common symptoms include:

The most effective way to treat gingivitis is by removing irritating factors like plaque and calculus near the gums. This can be effectively achieved by professional dental cleaning done by a dentist. Visiting your dentist at least twice a year is recommended for effective plaque control.

At home, specific changes like using a soft bristles toothbrush and learning the correct technique are crucial to managing bleeding gums. At Advanced Dental Clinic, our doctors focus on educating the right way along with providing the best treatment for bleeding gums